Resolutions of the ‘King of Pro-Wrestling’-1 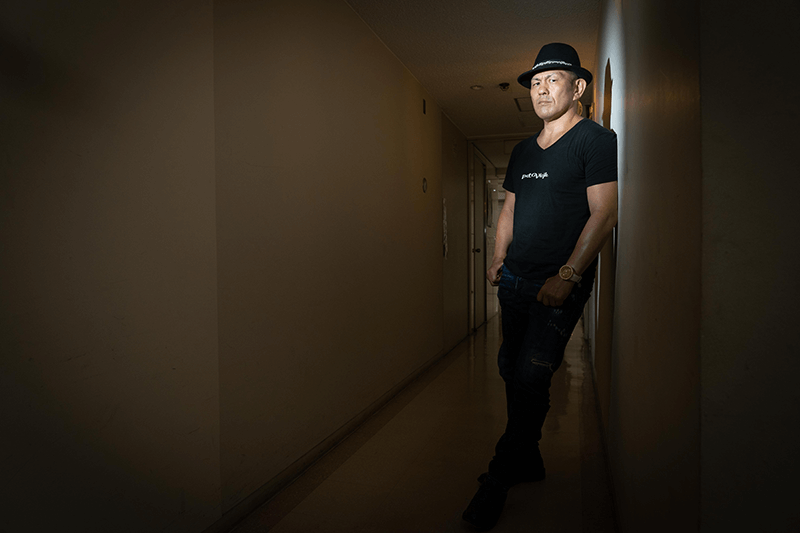 Make the crowd roar on your own 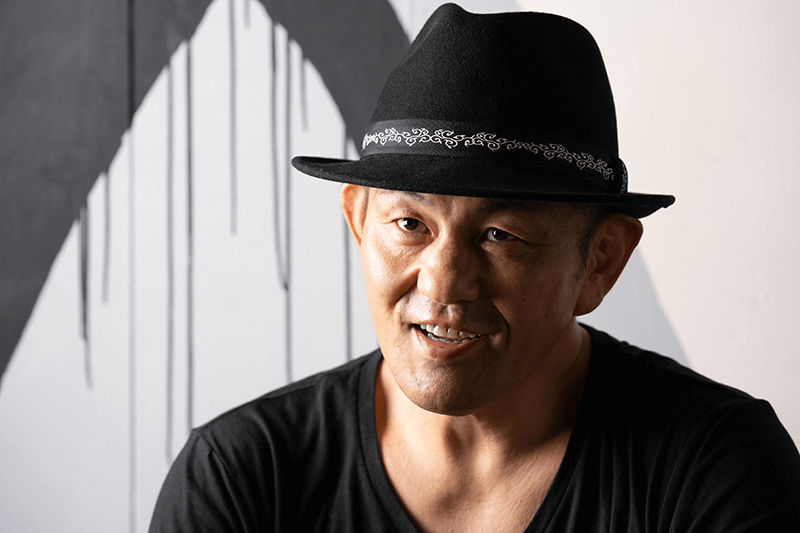 On June 15th, New Japan Pro-Wrestling held their first event in 110 days. The Japanese pro-wrestling promotion was also one of many that had to cancel all their events in order to prevent the spread of the coronavirus since their last Okinawa tournament in February. The much-awaited event, however, was closed off to fans, and no cheers were heard in the empty venue. “It doesn’t matter if our fans are physically here with us, because they’d watch us fight on TV. And when I fight, my fans cheering for me is not where I get my strength or my desire to continue fighting. Sometimes I’d wish they’d just shut up and watch—until I pull off something amazing and make them go crazy. The way I see it, there’re two types of cheers: deliberately chanted fight songs that excite the crowd, and genuinely uttered cries of amazement. My job is to fight in such a way that makes the crowd go nuts and loud. That’s how I put food on my table,” quietly says Suzuki, a proud professional whose performances and mere presence sets the mood for an exciting fight 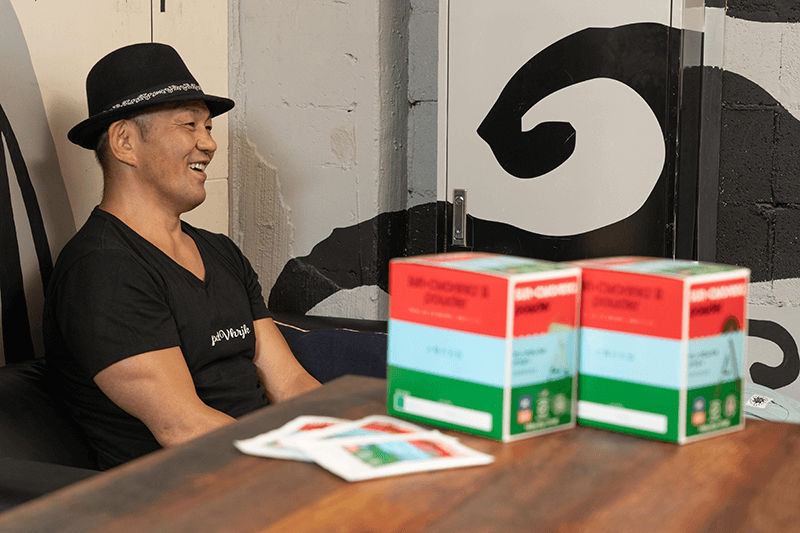 In Japan, countless athletes have lost their opportunities to play since February. Although some games have resumed in the form of crowd-less events, the pro-wrestling industry has also suffered the same. Except for the times he was recovering from his injuries, Suzuki has been up on the ring constantly for the last 32 years. What thoughts were on his mind while he could not fight a game for the first time in his career?
“There’re fewer matches now, but my life hasn’t changed one bit. I wake up, eat breakfast, and work out in the morning. During the day I head out to my shop in Harajuku (Piledriver), do some work, close my shop at 8 pm, then go home to my daily dosage of Sun Chlorella A! You’re wondering how I kept my hopes up? Honestly, that was the least of my worries. No games meant no money and zero income, so it was more of a life-or-death situation. Man, the kind of things that went through my head—like, catching a wild bird for supper if I were to survive! We can’t fight games now and there’s nothing we can do about that, but that doesn’t mean we should stop. I’d hate to blame everything on the cancellations and let that stop me.”

When the world stopped and so many of us felt cooped up in our homes for weeks, many athletes shared videos of them showing their training routines that can be practiced at home. Suzuki, on the other hand, had quit weight training five or six years ago, and instead continued to practice bodyweight workouts that only requires a yoga mat. Pandemic or not, he carried on with his daily routine anyway. Suzuki focuses on training his muscles to gain higher motor skills rather than bulking them up, which is what he learned from Karl Gotch when he was 21, and Yoshiaki Fujiwara, who Suzuki refers to as Oyaji (“old man”).
“I watched a lot of at-home exercise videos, but they weren’t anything new. If the routines I learned three decades ago haven’t changed, I bet nothing has changed in the past century. I quit weight training simply because I got bored. I’ve been doing this since I was 15 so it’s been almost 40 years—I have enough muscles alright. Weight training give you an illusion that you’re doing enough especially when you see your muscles beef up, so that when you lose a game, you make an excuse to yourself, ‘Oh well, I did everything I could.’ And that’s just lame. No fan deserves to see that crap.”

Live life with no excuses 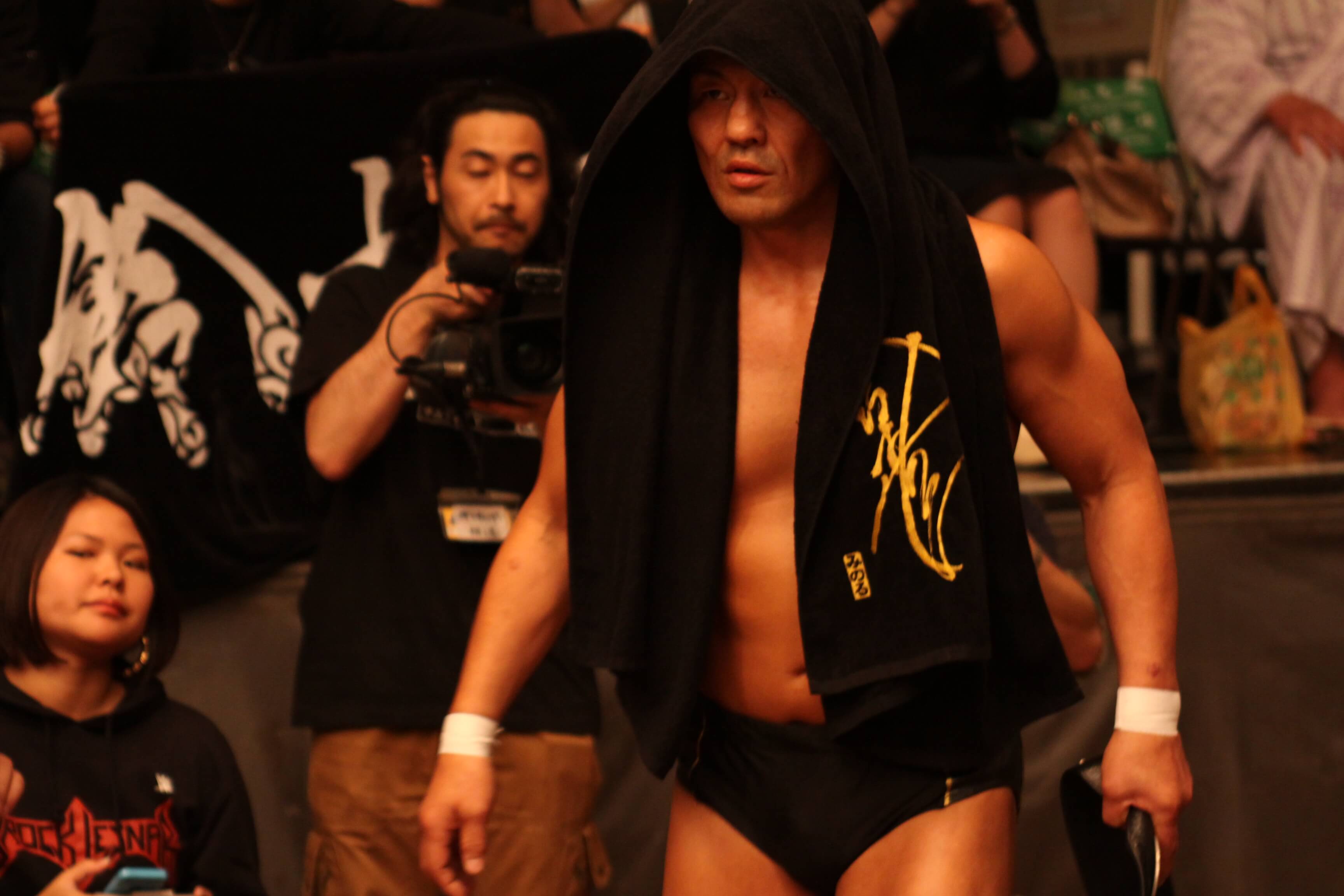 Suzuki goes on to say that he would hate to see people putting the blame on others. “People talk about how they haven’t received their stimulus check yet, that it’s too late, job losses and cancelled games—everybody’s like, ‘what the heck are we supposed to do?’ It’s like a bickering match, making a bunch of excuses, and even cabinet ministers are a part of it. Everyone is blaming each other, and there’s a feeling of uneasiness among us. I try not to get myself in any of that because every time I’m exposed to negativity, it makes me feel gloomy too. Yoshiaki Fujiwara, my old man, would never make excuses. I didn’t realize how honorable that is when I was young, but now I do. He’s 71 now, and sometimes I see him at the stadium. He’s there earlier than anyone else, quietly helping with preparation. In situations where someone else is to be blamed, he would never, ever complain. That’s pretty hard to do for your entire life. Of course, he has his weaknesses too, which I choose not to follow,” says Suzuki with a playful grin.
As the pandemic lingers, Suzuki believes that “the pro-wrestling industry can’t go back to how it used to be, so it’s an opportunity to come up with a new way of doing things. Restarting the economy doesn’t mean that we’re safe from the virus.” He also continues, “Whether you’re a professional or an amateur, no athlete would gain anything from complaining or blaming others, nor would they grow stronger. Claiming that they’re simply doing what they’re told to do is also an excuse. Forget the world and quit making excuses—at least while you’re moving your body, and face things your own way.”