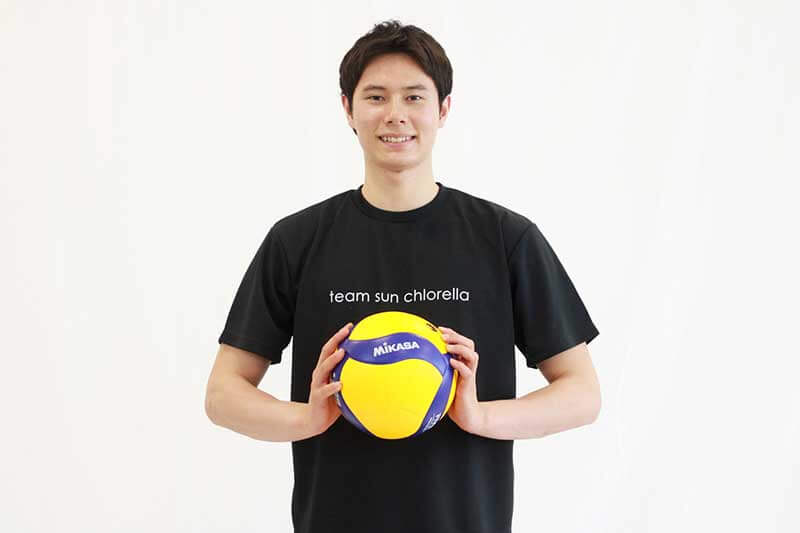 Ran Takahashi looks back on the four months he spent at Italy’s Serie A, one of the best volleyball leagues in the world, at age 20. In this second half of the interview, he shares some of the difficulties he faced while living in Italy and how the cheers and support he received gave him strength.

His team basically spoke in Italian. Volleyball terminology was relatively easy to pick up on since he heard them every day, but it was still hard to catch during timeouts and heated moments when they all spoke fast. He would sometimes have them interpreted to English, but it was still difficult for him to fully understand what was being said. His teammates who were from Canada and Bulgaria who spoke English became an emotional support for Takahashi, since they shared a similarity of coming from different countries.

Eating 450 grams of rice a day and building strength

One of the first things Takahashi noticed when he joined the team was the difference in body size. “Their physical strength was on a different level. Although you can still play volleyball without much power, you’ll have a harder time gaining control over the ball and your skills also won’t improve. Moreover, lack of strength can result in injuries, so I decided to improve my physical strength to compete among international players.”

Takahashi’s new task to build his muscles was easy to focus on since players in Italy engaged in a lot of weight training. He also drastically increased the amount of food he ate, eating about 450 grams of rice every day! He smiles, “I ate most of them during dinner and froze the rest to eat it for breakfast or lunch,” he says. Fans who follow his social media accounts have probably noticed how his physique changed over the course of four months. “When I first went to Italy I weighed 76 kilograms, but now I weigh 83.5 kilos. It’s now time for me to tone my body a bit, but I definitely have more muscles now and I’d like to keep it that way,” he explains with determination, as he looks forward to playing against international players in the future.

Another difficulty Ran Takahashi faced was adjusting to Italy’s food culture. “Before I bought myself a rice cooker, I cooked rice on the stove and sometimes it turned out crunchy and burnt. I’ve also eaten raw broccoli and meat sauce straight from the jar. I never worried about food poisoning in Japan, but I had an upset stomach in Italy a lot because I couldn’t read labels or cooking instructions lol.” When invited he ate outside, but basically, he cooked three meals a day, eating bread for breakfast, pasta for lunch, and rice for dinner. As he jokingly confesses how he does not like the hassle of deciding what to eat, his list of menus is quite short. He used to cook carbonara a lot back in Japan, but not much in Italy since eggs were a bit different.

Nonetheless, Takahashi was still aware of eating a balanced diet as an athlete. “I made sure to eat salad every day and added some spinach to my pasta dish as ways to eat as much vegetables as possible,” he says. He also asked his vegetarian teammates for advice about vegetables and the kind of meals athletes should eat. But it was still hard for Takahashi to maintain his nutritional intake. Which is why Sun Chlorella A, his go-to supplement for two years, came in handy. “Sun Chlorella A is rich in nutrients and makes up for the nutrients that my meals may be lacking. There’s not a single day I’d miss taking it since the supplement also helps me maintain my physical fitness,” he recalls.

It’s time to return all the support he’s received 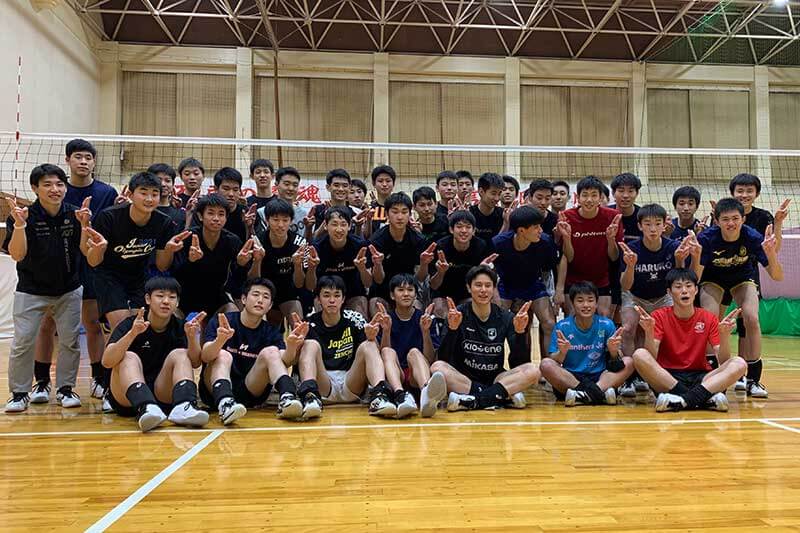 Since Takahashi returned to Japan, he visited his elementary, junior high and high school—seeing his teachers and the schools’ volleyball teams, even giving some instructions to the young volleyball players. “I was really happy when I visited Higashiyama High School and the students there asked me questions so eagerly. They made me realize that I’m someone who can inspire them and that I should continue working on becoming a better player,” he says. He also shared how his teachers, who used to be rather strict and scary back in the day, came to him saying “I’m rooting for you” and “Thank you” which made him happy, but also causing him to crack up at the irony.

There are many fans of Ran Takahashi today, as shown in the number of followers on his Instagram and Twitter accounts. And in his YouTube channel which he started right before he went to Italy, with clips about volleyball and life in Italy, he has received words of encouragement from all over the world. This year would be the season where he would go meet them in different countries through volleyball games. “There are fans who root for me from countries around the world, and it’s a really great thing that they come and watch me play. Their cheers have really helped boost my motivation, and I think that performing well as an individual and for the team is one way to give back to my fans,” he says. Whether in Japan or Italy, Takahashi has received support through social media and changed them to power. The season is starting, and it is now time for him to pass that ball of power to volleyball fans.